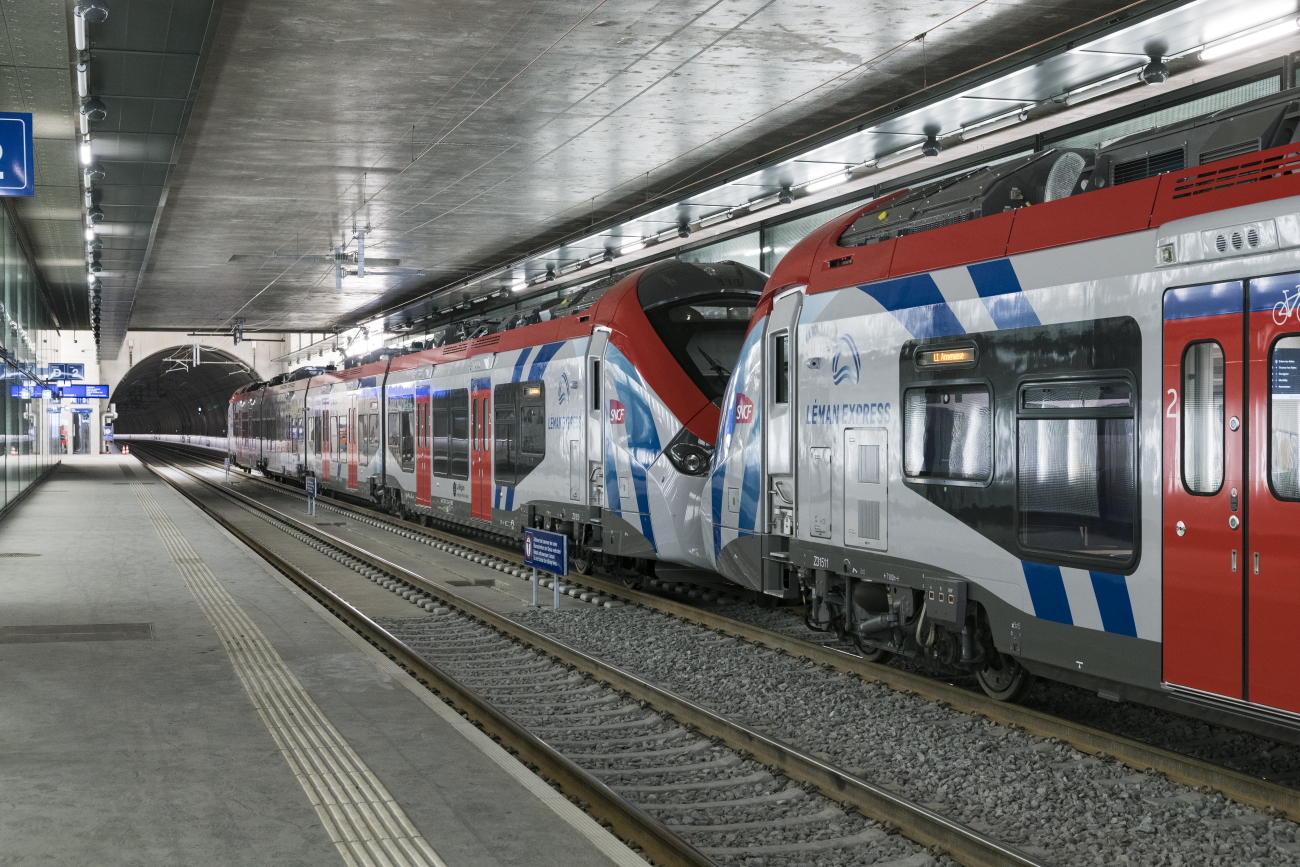 Here at 2theAlps we’re super-excited about the imminent opening of a rare addition to the Alpine rail network. As of 15th December, it will be a lot easier to reach the iconic winter-sports destinations of the Chamonix Valley and surrounding area by train, thanks to a new rail link through the city of Geneva.

Incredibly, the project has been on the drawing board since the mid-1800s, was finally approved in 2008, and has been under construction since 2012. Although the route will make relatively little difference to those travelling by train all the way from the UK, it should help to switch many Geneva Airport to the Chamonix Valley transfers from road to rail. This is significant as a) rail transfers are an intrinsically more enjoyable way to reach the mountains and b) the Chamonix Valley has a historic problem with very high levels of air pollution, much of which is caused by road-based transport (as well as less obvious sources such as the widespread use of wood-burning stoves).

The project’s official name, CEVA, stands for Cornavin Eaux Vives Annemasse - Cornavin is the main station in Geneva, Annemasse the French destination at the end of the line, and Eaux Vives the terminus of the previous rail link. 2theAlps researchers have less-than-fond memories of attempting the same journey several years ago which involved a train from the airport, a tram across the city, a badly signposted walk from the tram stop, and finally a wait at Eaux Vives (a neglected grafitti-strewn station with only the most basic of facilities - we could hardly believe we were in Switzerland!). But it’s all change with the new CEVA link.

The new line is 16km long (with 14km in Switzerland) and the project is estimated to have cost 1.5 billion Swiss Francs (approximately £1.15 billion). It will connect seven stations and pass through nearly 4km of newly constructed tunnel with the old single-track Eaux Vives line replaced by an underground double-track upgrade.

It currently takes nearly 2.5 hours to get from Geneva Airport to St Gervais les Bains (the first major ski resort in the Chamonix Valley direction) by public transport. When the new link opens, this drops to under 2 hours and, crucially, will be a lot less hassle. From St Gervais, it’s a change of trains and just 43 minutes on the scenic mountain line to Chamonix and several other rail-served resorts up to, and across, the border into Switzerland. The Grand Massif resorts (e.g. Samoens and Flaine) can also be accessed on the new line via a short bus connection at Cluses, and one of 2theAlps favourite resorts, Thollon les Memises (which boasts spectacular views of Lake Geneva) can be reached via the service to Evian Les Bains (and a 30 minute bus connection). 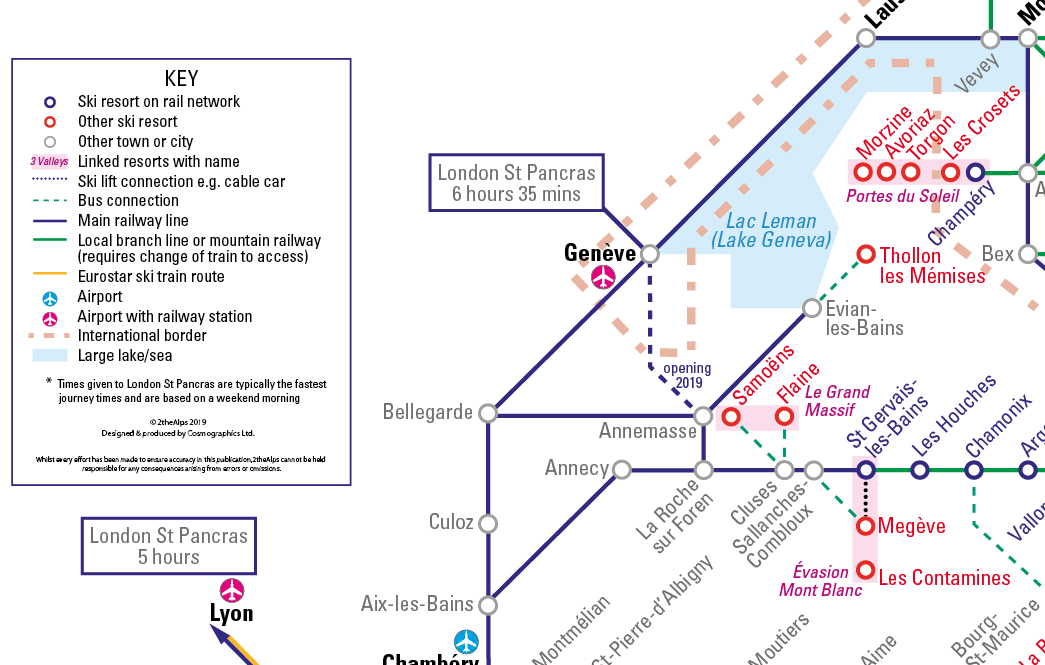 Sample of Skiing by Train Map with key

Services along the line will form part of a new network, the Léman Express (Léman is the Swiss name for Lake Geneva), which comprises 240km of route including Geneva, St Gervais les Bains, Evian Les Bains and Lausanne (the latter two on either side of Lake Geneva).

The new link is shown on our The Alps – Skiing by Train map  - see above (dotted line ‘opening 2019’ between Geneva and Annemasse). More info on the CEVA project (in French) is available here.  More information on the Leman Express (timetables, fares etc.) is available here.