Getting to the Alps from Italy's airports 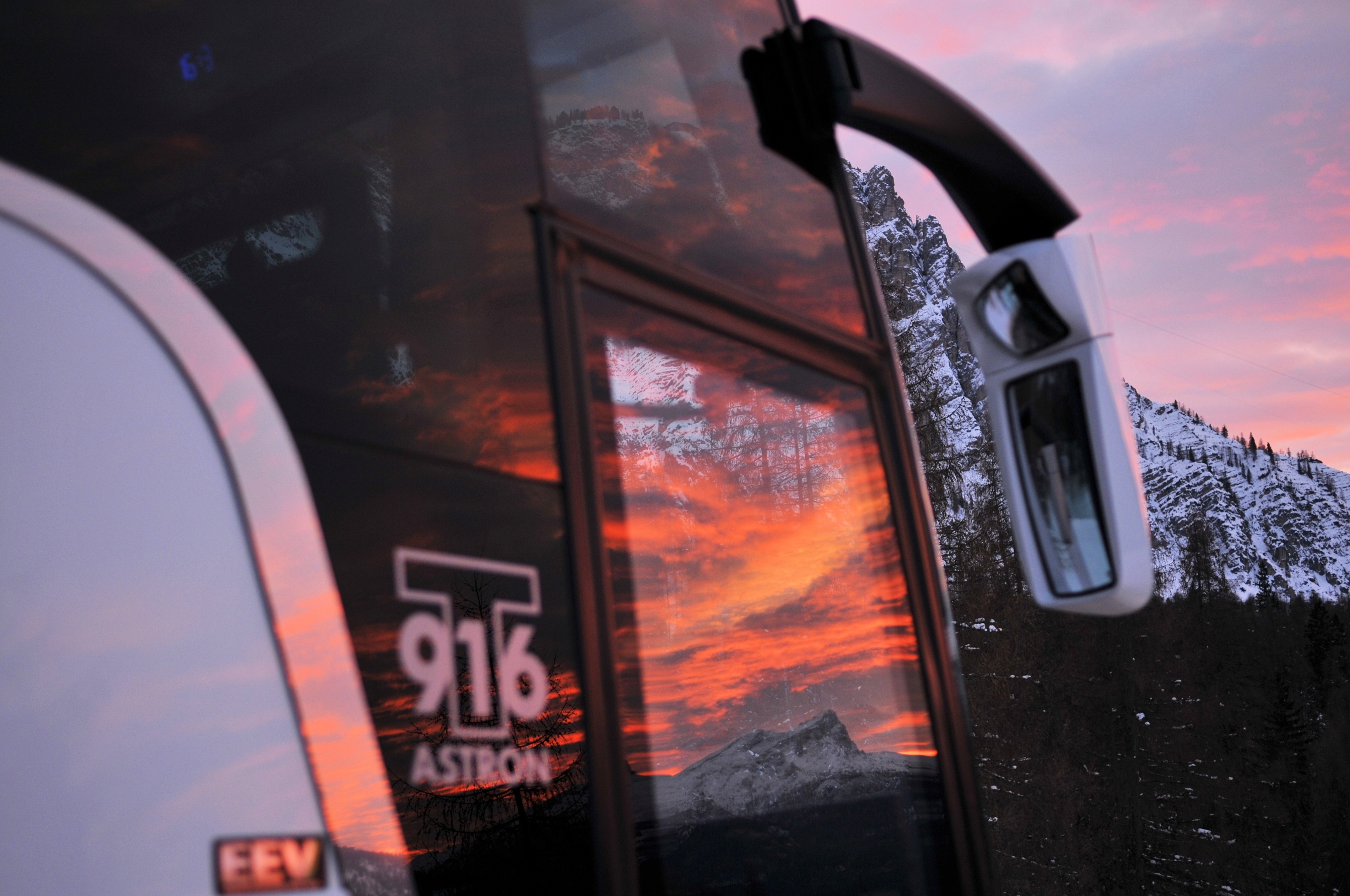 Public transport
Bergamo airport does not have a direct rail link, but the train station in Bergamo (Piazza Marconi) is within easy reach of the airport and only takes 10-15 minutes on the Bergamo bus (No. 1) operated by ATB. Buses leave every 30 minutes throughout the day.
The No.1 bus also stops at Bergamo lower town, the Funicular station and the upper town ‘Città Alta’. The buses do not have separate luggage compartment and passengers are required to carry their luggage on the bus. Buses do get a little crowded and if you have a lot of luggage, it can be a little awkward - more information


Public transport
The nearest train station (Bolzano Sud) is 2km from the airport. For onward train information - www.trenitalia.com
There is currently no direct bus service from the airport, although one is planned. The nearest public bus stop is approx. 600 metres north of the airport terminal from where routes 10A and 10B depart to Bolzano and the main Bolzano railway station. You will need to obtain a ticket before you travel - information

Public transport
The Malpensa Express train connects Malpensa Airport (Terminal 1) with Piazza Cadorna, Milano Centrale and Milano Porta Garibaldi stations in central Milan. To transfer to Terminal 1 from Terminal 2 and vice versa there is a free shuttle running 24 hours a day, approx. every 7 minutes during the day and approx. every 30 minutes during the night (from 22.45 hours to 05.15 hours) - more information
A number of buses also run between the airport (terminals 1 & 2) and Milan central station.
These are operated by:
Terravision Depart every 20 minutes; journey time 50 minutes. Tickets available online, on board and at the sales desk in the Arrivals Area T1 and T2 at the airport.
STIE Autostradale Depart every 20 minutes. On-board ticketing.
Air Pullman Depart every 20 minutes. On-board ticketing.

Public transport
The ACTT bus line 6 service connects Treviso A. Canova Airport with the nearby Treviso station. Buses depart from Via Noalese, to the right of the airport exit.
ATVO and Barzi also operate bus services from the airport (Via Noalese) to Venezia Mestre Railway Station (Venice).
For further destinations by bus from Treviso Airport click here

Public transport
A network of scheduled bus services operate from the airport to the main towns of Trieste, Udine, Goriza, Monfalcone and Grado
There are also connecting bus services from Udine and Trieste to other towns in north east Italy, including the ski resort of Tarvisio, as well as to Slovenia and Austria - more information

Public transport
The SADEM bus service operates between Turin Airport and the city centre stopping at various destinations en route including Porta Nuova and Porta Susa railway stations. Journey time: 45/50 minutes. Please buy your ticket before boarding the bus.
From Porta Nuova and Porta Susa FS railway stations you can travel directly or with a bus transfer to a number of resorts. These include Sestriere, Sauze d’Oulx, Cesana, Sansicario, Claviere, Bardonecchia, Pragelato, Pinerolo, Limone Piemonte. You can also travel on to the French ski resorts of Montgenevre and Briançon/Serre Chevalier.

Public transport
Verona Airport is connected to Verona Porta Nuova train station via a shuttle service that runs approx. every 20 minutes. Tickets can be purchased online