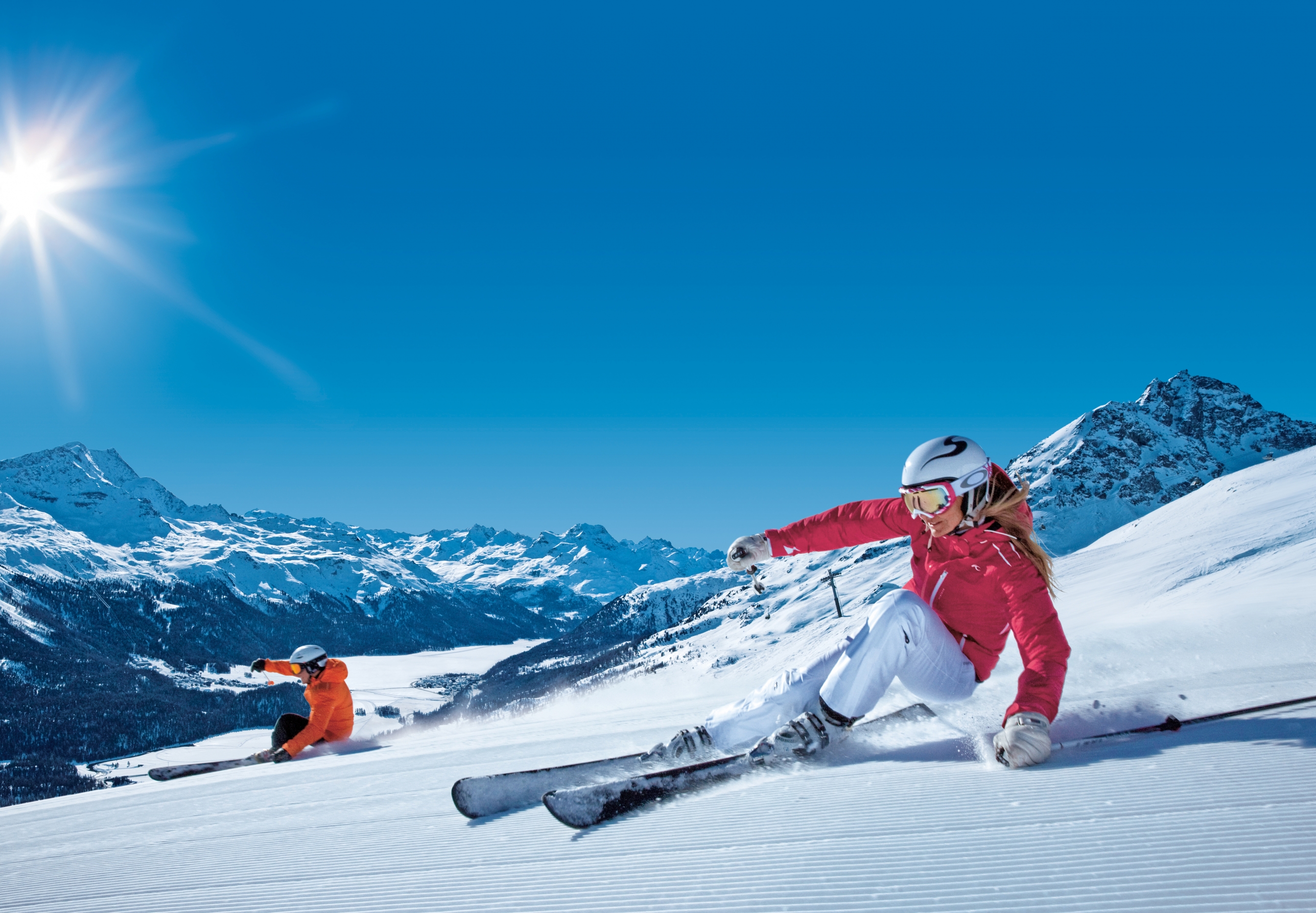 Snow-covered slopes sparkling in the sunshine frame a wide, high valley of bewitching beauty. The Engadin has repeatedly won the coveted ADAC ski guide award for the Alpine ski region with the greatest variety, alongside other honours including the prestigious British Travel Award.

The four large ski areas of Corviglia/Piz Nair, Corvatsch, Diavolezza/Lagalb and Zuoz, together with a number of smaller specialist areas, offer skiers and snowboarders a playground of 350km of runs. The high altitude and modern snowmaking facilities also mean Engadin St Moritz is snow-sure all season long.

By train
The journey by rail to St Moritz is among the most scenic journeys in Europe. From the Swiss Federal Railways (SBB) station at Chur, passengers can change to the Rhaetian Railway (RhB). This line through the Albula valley into the Engadin, with its spiral tunnels and giddy viaducts, is one of the most scenic and spectacular in Europe; together with the Bernina line, it was designated a UNESCO World Heritage site in July 2008. The Albula tunnel is now over 100 years old. A new, parallel tunnel is to be excavated over the coming years, without affecting railway traffic. St Moritz station is undergoing renovation in time for the Alpine World Ski Championships 2017. More information

In resort
The mountain overlooking St Moritz and Celerina is home to one of Switzerland’s classic ski areas, the Corviglia/Piz Nair ski area. It is easy to reach from the train station. Take bus no. 3 or 9 to the station Schulhausplatz, where the Chantarella funicular from St. Moritz Dorf begins. Or take bus no. 1 to the station Corvatschbahn to enter the Corvatsch/Furtschellas ski area. An impressive, large cable car carries you in just a few minutes to the Corvatsch summit station at 3,303 metres above sea level (10,837 ft.). By train you can reach the Diavolezza/Lagalb ski area with its 10 km (6 miles) glacier run from the Diavolezza to Morteratsch (Switzerland’s longest glacier run).